The Perfect 10 - My Journey With Mental Health. 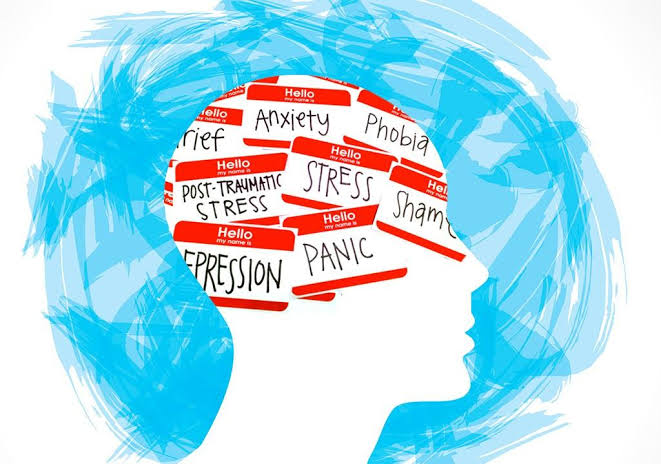 10/10 Happens to be today’s date,also my birthday,which officially makes me the perfect one! Just kidding. Jokes apart, this day also happens to be the day of celebration of awareness of mental health. You see? What a coincidence! I happen to be the guy infamous for his mental health rantings on the group! I guess I was born for this,haha.

Anyway,let me clear out a few myths regarding mental health before moving forward.

First off,ill mental health is not just this 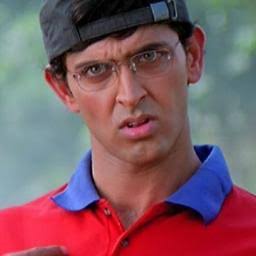 Well,technically,this character has mental health issues,but its just one of several types of mental illnesses or disorders around.

Secondly, according to the American Psychiatric Association, “Depression (major depressive disorder) is a common and serious medical illness that negatively affects how you feel, the way you think and how you act.” The APA uses both “disorder” and “illness” to describe it.

Anyway,I guess there isn’t anyone more ‘perfect’ to write about this thing,get it? Because I was born for it! Let’s just stop with the lame jokes and get started.

Depression is something everyone,including me,misunderstood at some point in time. We are always like ‘kuch nahi yaar,sab theek ho jayega’ or ‘chill kar bhai’. Well, I have a way to thank these people. It involves the palm of my hand, and a certain swinging movement. I mean,come on! If it was that easy to chill, we wouldn’t have been in that positon in the first place!

Coming to myself, I suffered from clinical depression and anxiety, so I definitely know what I am talking about. It all bogs down to years of bullying I faced since I was a little kid. I used to be a fat kid. My family didn’t seem to mind that because ‘khaate peete ghar ka bachcha hai’, but it affected me a lot! That’s when cricket came to my life!

I happened to know a cricket academy, that runs in Kalyan College in Bhilai, where my grandad was the founder and the first principle. So I joined that, because heck! Every kid in India at one time or the other aspired to be a cricketer! They used to make us run laps after laps after laps, and I became a fast bowler! And, I lost 20 kgs, so no more Mr. Fat Guy anymore! But yeah, tragedy seems to be my best friend. I broke my arm while bowling in the nets one day, and my arm never truly healed after that, so I left cricket. And also, it happened to be the 9th grade, which means a typical Indian kid has to do just one thing, STUDY,STUDY and STUDY!

Now, studies were not that big a problem back then (well,now its the polar opposite). I did pretty well in my 10th boards, which meant I had to choose science by default. There, my performance dipped, I didn’t score as much as I used to all these years, and because I was in ‘science’ stream, by default, it meant JEE was bound to happen, hence the coaching classes came to play! Now,in the 11th standard, I did not that great, or that bad, and then, in the 12th standard, the accident happened.

THE ACCIDENT – It changed my life. Basically, I was riding my scooter, going to the coaching class, at a modest speed, minding my own business, and a calf, a holy calf, went all berserk and was running around the road. As soon as it was about to hit me, I applied the brakes, and it being a scooter, slipped, and I was down. Now, at that moment, I did not know what a broken bone feels like. And then I saw the X-ray, and my mind blew! My left foot, it was in pieces, 6 to be precise. I wish I could show that image to you guys, but the X-ray is pretty graphic.

Anyway, it was surgically repaired, a bed rest happened, which lasted for about one and a half months, which meant one and a half months of school time and coaching, GONE! With my foot gone now, I was very uncertain about this other thing I started to love -RUNNING. I never ran competitively, but I ran pretty well. And it all came to a halt, adding up more to the already present depression and anxiety.

Now, depression can not be cured just by sheer magical words of these YouTube Gurus. I did ignore my depression for a long time, and it came to haunt me afterwards. Mental illness has always been considered a taboo, and I used to think the same! It got to a point where I started cutting ties with everyone around me, be it my family,or my closest of friends. It got to a point where I used to stay in a single room for days, not meeting a single outsider, not even shaving my beard. Looking back, I guess it was a terrible time.

It got to a point where I got violent with people and yelled at them. That’s the point when Leo saved my life. One alumni, Swati, the best blogger out there, our President, the great one, Masoomi Saxena and my buddy Ritesh helped me a lot at this point. When going to a therapist was considered a taboo, they were the ones who actually encouraged me to go to one. Even after I started going, I had second thoughts, and even thought of stopping it altogether. That’s when Ritesh said ‘Don’t stop something after you started it,it’s a bad idea to do that’. That’s when I started going back to the therapist, and I never looked back. I’m not at my best, but I am improving! Which is better! I manage to get up on time, take a bath everyday, brush my teeth twice daily, take a stroll around the ‘lush green’ campus,and eat my meals everyday. These may seem like mundane everyday tasks to you guys, but depression really hits you hard. There was a time,when even doing these things was no more than climbing the Everest!

So, concluding this rant plus life experience plus mental health awareness thingie, I would like to say that IT’S TOTALLY NORMAL TO NOT FEEL GOOD. And, IT’S TOTALLY FINE TO SEEK PROFESSIONAL HELP, THEY WILL NOT USE TECHNIQUES LIKE SHOCK THERAPY AND STUFF GLAMOURIZED BY FILMS! If you really are feeling down, reach out to someone close to you, someone you trust. Letting your feelings out is a good way to let go of this devil called Depression. If you don’t have anyone to talk to and you feel real bad, feel free to DM me on Instagram. It’s totally confidential, just vent it out. Thank you guys. If you read it this far, have a great day ahead!

Hey! , Let's get back together.
beYOUtiful